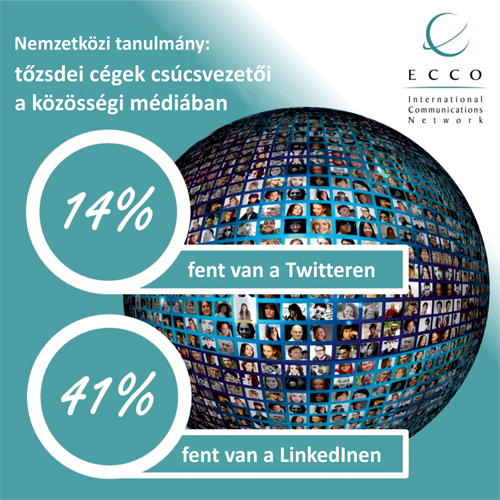 The ECCO International Communications PR Network conducted a study with the participation of 20 countries and checked how active the CEOs of listed companies were in the social media. The study shows that the top managers of world’s largest corporations by market capitalization are not really active on social media channels. In total, only every seventh CEO is active on Twitter (14%), but they are doing better on the career portal LinkedIn, where as many as 41% have their own accounts.

As the network’s member agency we also took part in the study, so Hungary also entered the international scene. In Hungary, of the surveyed 20 CEOs, only 3 (15%) have Twitter accounts and 7 (35%) have LinkedIn profiles. (See details in the attached press release)